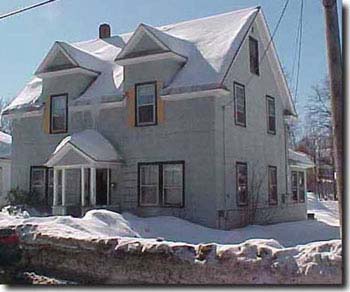 This is our house in Millinocket, Maine.

The house was a 3-unit apartment building for the past few decades, and we began restoring it to a one-family house.

The remodeling is nearly done, all these years later, though we stopped chronicling it a few years back, just as the you-know-what began to hit the fan..

In any event, that chronicle of the early part of the remodeling here.